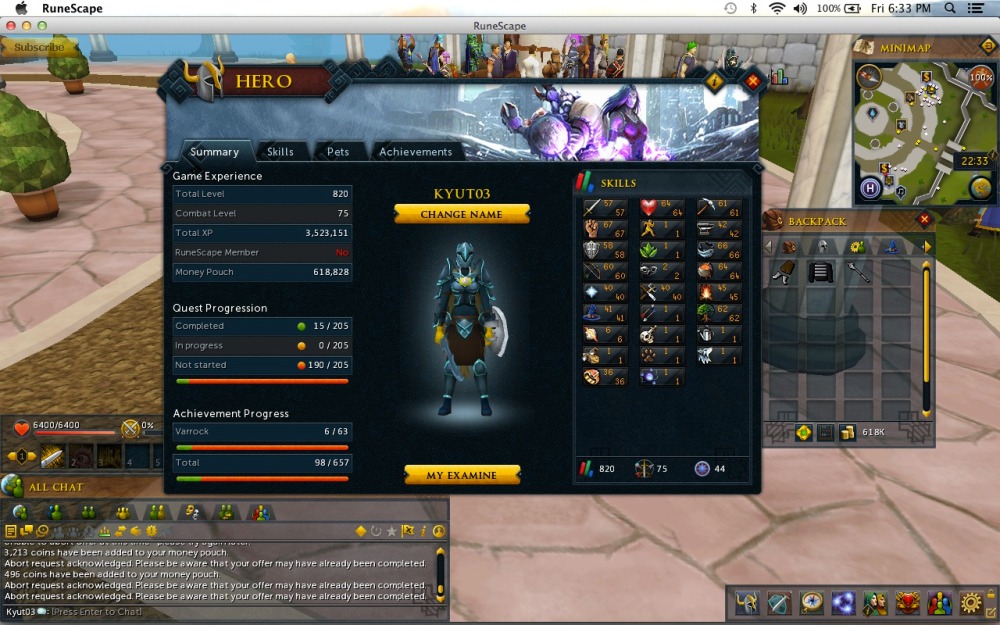 When I was little as 10 years old in the year 2003, I played a game called Runescape, it was the most exciting game that I stumbled upon and I played until I was around 16 years old. I remember the times where I would fish lobsters and cut wood, mine ores, bury bones to level my prayer skill and make armour to level up my character. Also going to the wilderness with a friend but then he ends up backstabbing you and taking all your things. Then after that I still played pc and online games that I would say is most familiar with all of you. The sims wherein there was even a freewill button for your sim characters as well as mounts or what we call modes of transportation in games like world of warcraft and mabinogi. I and my online friends would do quests to level up our character and become the HERO of the game. Everyone wanted to become the best of the best and gain money and have the best equipment, which is very similar to the real life when you think about it deeply.

Nowadays many people are into the internet because our generation revolves around computers and technology. Many young and older people are playing games and some might say they might even be addicted to games. All I know is that I was once spent $300 dollars in one game only for 3 months span, I know that it is not good to lavishly use money just like that on a game but when you are really into the games, you’ll understand how I feel about how you think you have real friends in the internet but actually they are not, I also learned about different kinds of word that I did not know before and my typing and communication skills were better than my other friends, I even learned by myself how to not give away personal information on the internet, which I think many of the younger generations don’t really know how to handle so called pedophiles on the internet. With the fast growing technology, and video apps online, most young people become prey from predators. Well thats it for now for my experience on the internet.

What Im trying to say is that games are like the real life we live in today and I think the reason why people are so into games and becoming a hero is that its easier than real life and also they, which includes me, numb and masks themselves of the true potential they can have in real life. Its mostly a mental struggle for people to get off the games and quit by themselves or when they’re parents say to do so because they feel like their life is built around the game and that real life is full of pain and struggles so they’re just going to tune in the game instead to numb their pain and struggle or that acceptance you cannot get from your classmates or a real girlfriend or boyfriend in the game. Yes we’ve all been there, don’t try to deny it!

In conclusion, Life is just another game that you are hesitating to tune into, its a hardcore-very detailed-unlimited options-super expert difficulty game wherein as I see it in a gamers point of view, a MMORPG~ A massively multiplayer online role playing game~ wherein you have only one character and you can have equipments like fashionable clothes and your career is which are you in the game? A mage, warrior, ranger etc. Also, your mode of transportation, like in World of warcraft, is a car, the only thing is there are no dragons or tiger mounts instead they are car brands like a BMW. The game is your real life wherein there is no turning back, you work hard for your money and sell/buy items to get richer or just from your career. Its a Sword art online game wherein your nerve gear is attached permanently and you cannot log out. Its a Sims game where the freewill button is ticked permanently. There are also called the after life which is another super duper exciting expansion wherein you will meet the creator of this game who is God and the expansion, well in my case my belief as a Christian, can only depend on how you played your main game which is called LIFE. ~Heaven is wherein you became the HERO of your own life. and ~Hell is wherein you chose the way you wanted to and the consequence of those choices will lead you there. The only thing is I’m not talking about games anymore, am I? Its the real deal! Become a Hero of your own life? or chose a path that is headed towards destruction for eternity.

PS. The manual and instructions can be found in the Bible.

Now go and play the game called LIFE and Be the HERO you were meant to be!

View all posts by Rosette Ann